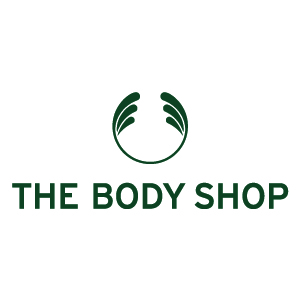 Our story started in Brighton, England in 1976 from Anita Roddick. An ethical company that aims to protect the poor and weak around the world. To build hospitals, schools, create new job opportunities, promote equal rights to women and always be at the forefront of defending the rights of the people in need whilst creating the best natural cosmetics inspired by nature, created ethically, sustainable and naturally using the purest form of raw materials and been 100% vegetarian / 90% vegan and of course FOREVER against animal testing.

In 2017 The Body Shop entered the Cyprus market and since then it has been leading the way in ethical cosmetic sales that are naturally sourced. In just under 3 years we have been awarded in London for 2 consecutive years 2018 and 2019 with the World Activism Award, we donated to animal shelters, we began our Bio Bridge mission which involves planting over 100 thousand trees, we have collaborated with The Commissioner for the environment and the commissioner of volunteerism in creating a financial aid scheme that aims to offer help to stray animals in Cyprus, in collaboration with game reserve department, we have created artificial lakes so wild animals and mouflons may have fresh water during the dry summer months, we have created artificial bird nests to help increase the population of the Cypriot owl, we have organised and completed deep cleaning from garbage and plastics game reserved areas and natural habitat areas, we were involved in a variety of global campaigns, we became the voice of NO MORE in Cyprus that aims at equality and protection of women as well as to prevent domestic violence against women and all this while we became the only company in Cyprus that has been awarded with the unique title B Corp, a distinction awarded to only few companies worldwide following an extensive and thorough due diligence in ethics and issues such as environmental protection and help to animals and humans.